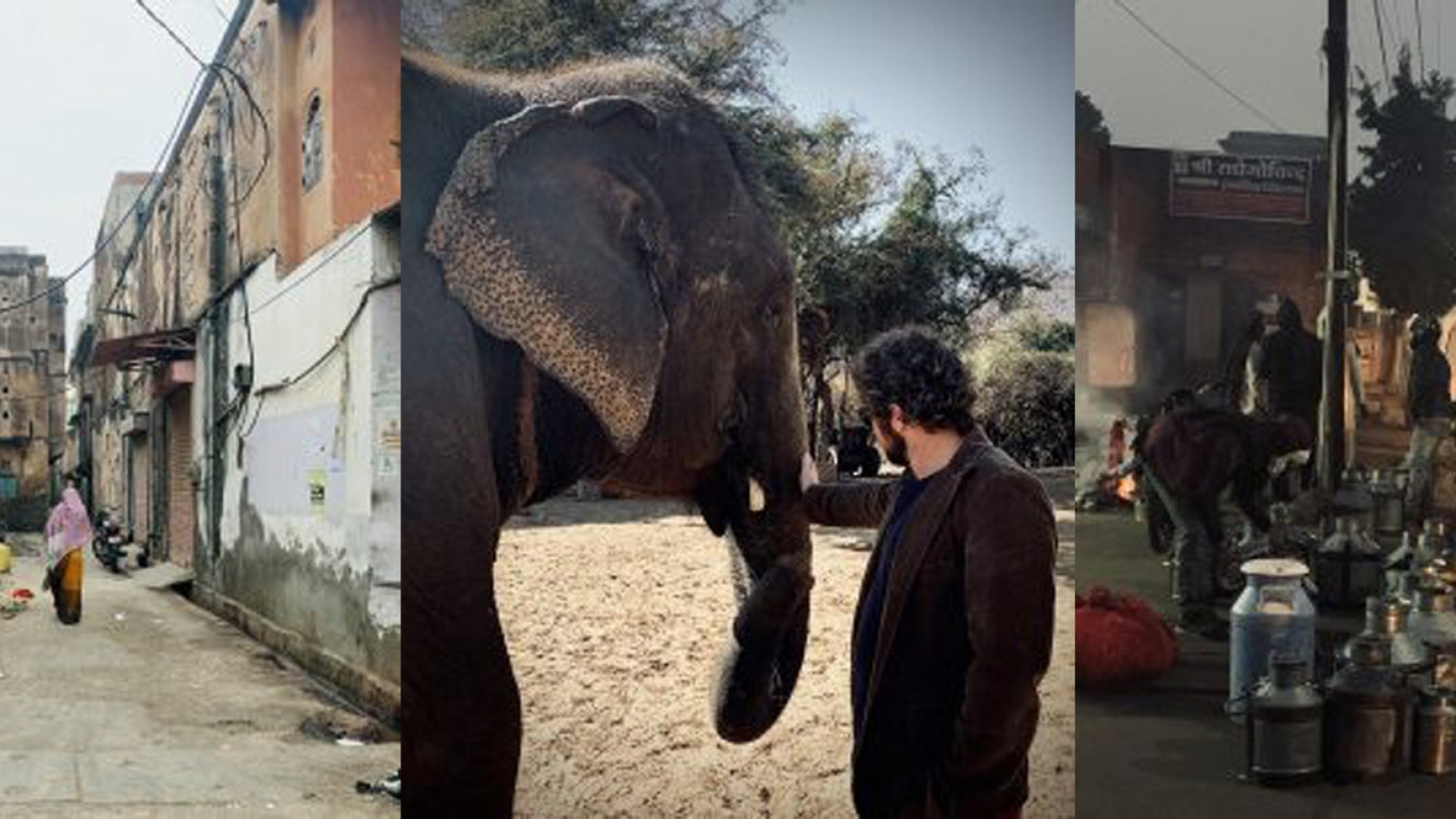 To other countries, I may go as a tourist, but to India, I come as a pilgrim. – Martin Luther King, Jr.

After four years away, I was fortunate enough to make a second passage to India. On our first trip we ticked off the big ticket items (Taj Mahal, Humayun’s Tomb, streets of Delhi, Lake Palace in Udaipur) so this time we were free to scale things back a bit and drill down into some real life India. Step into the common, brave the backcountry. We flew into Delhi, had one day there then headed to Rajasthan, taking a train to Jaipur then a short trip to historical Amer followed by Samode before flying back out of Delhi.

Each of our lodgings was a unique and special experience. The Imperial Hotel (New Delhi) was (as the name implies) regal and elegant, an artefact left behind to display the most recent of India’s departed partners, exuding local flavour and imported toff in equal measure. The Spice Route (The Imperial Hotels flagship restaurant) was exhilarating! The design and implementation of the room and its decor alone is something that I could lose countless hours learning about. I feel as though they should include a guided tour of the dining room before you are even allowed to look at a menu! When I was finally able to close my gaping jaw long enough to masticate some food, I was treated to a true culinary journey. At that point, the Spice Route had fulfilled its promise.

The train to Jaipur was thoroughly enjoyable with an ever evolving palette of people constantly changing before us as we made stops en route to Jaipur. This train also employed the hardest working mop pilot anywhere across the subcontinent! Every time food was served or a member of staff moseyed on by, our man was there to swab away the evidence.

From the moment we entered Samode Haveli I felt as if we had been invited into the house of a very dear friend (albeit if that friend happened to be part of a local noble family). Our room was spacious and inviting, the staff there were attentive and professional. An early highlight was partaking in an evening drink on the rooftop bar. I believe this is a fairly recent offering at Samode Haveli but its inclusion allowed us access to view an otherwise secret world…the city wide flying of kites! I was filled with joyous wonderment at the simple beauty of an entire city lost in the rapture of pitting kite against gravity.

The Haveli offered an early morning walk and on the day we were to check out, we accepted. This provided us with an insight into the morning rituals of the city, a chance to feel like a part of the community. Starting in the back alleys, we were taken through milk markets, flower markets and vegie markets. We were able to be a part of the morning service at the Hindu Temple near City Palace, joining in with the chanting and movement, becoming part of the ever widening circle of sound designed to wake up a beloved deity. In this case, Krishna. This proved to be one of the most life affirming experiences I have had. Truly beautiful!

Special mention must go to our guide, a young gentleman named Sanjeet from Samode Haveli. He was wise, funny, educational and inspirational. Imparting a wealth of knowledge in a style that was truly his own.

Next stop was Dera Amer. This is the kind of experience that satisfies on every conceivable level. It is a sanctuary, a province for preservation and protection not just of the local animal and plant life, but for intrepid travellers as well. Set on 180 acres of natural wild beauty Dera Amer invites its guests to live among Animalia. On arrival you are greeted by elephants. Elephants! Seriously! Currently home to three graceful ladies (Dera Amer has gifted a new life to these girls, taking them out of former hard times) whose gentleness simply cannot be overstated or ignored. Visitors can enjoy a meal, stage an event or stay in the onsite Glamping tents, which we wisely did. Dig if you will, the kind of majestic canvas pavilion inside which Mughal Emperor Man Singh may have rested in. Now remove the obvious harem and this is the magnificent style of accommodation that is offered. Add dinner under the stars and breakfast beside the peacocks and you have a stay that transcends Instagram and will forever inhabit your memory bank.

The genius team behind Dera Amer deserve the immense success that I feel is coming their way. Their hearts are absolutely as pure as their intentions. Our stay was as thrilling as it was romantic, as invigorating as it was grounding.

Our final destination (this time around) was Samode Palace. Not just a lofty title, this property began life as an actual palace over 475 years ago and was converted to a modern hotel style property in the 1980’s. Since then it has hosted Royals, celebrities, the adventurous and the weary. It has been the backdrop to Hindi films, American TV and international photo shoots and even if you are not from the former backgrounds or attached to the later productions, the staff are incredibly willing to to make you feel as though you were. We were treated to not one but two completely unique and singular night time dining experiences, a personalised tour of the Samode village, private entrance to the house and studio of a local miniatures artist and one on one audiences with local iron and jewel smiths.

We were taken to all of these experiences by a Distant Frontiers staff member named Pawan who acted as driver/guide/guru/companion. He is a gifted automobilist (very much required in India), an informative guide, fascinating storyteller and a genuine human as well.

The colour and chaos of India will continue to spark joy in my times of dutiful doldrums now that I have returned to daily life and the glimmer of returning once more will provide buoyancy across the river of the regular.

Time spent in India has an extraordinary effect on one. It acts as a barrier that makes the rest of the world seem unreal. – Tahir Shah

Editor: Mik Easterman travelled to India as an invited guest of PillowMINT. This blog was his payment in lieu of the originally negotiated bag carrying duties.